The purpose of this website is to help you make a decision about a lawyer. Many lawyers through Kansas City and Missouri have done great things for their clients, and I am one of those lawyers. So you have no shortage of good lawyers to choose from. I share this information about myself so that you may get a sense of who Jarrett Johnson is, both the lawyer and the person, and why I started the Jarrett Johnson Law Firm here in Kansas City. I detail some of my past achievements and recognition to let you know more about me, who I have represented, and what you can expect if you entrust me to bring you justice and closure—not to bolster my ego. While past success is one factor to consider, the past means nothing when it comes to your case. A lawyer cannot be so consumed with his own ego and perceived greatness that he misses something important in your case. Every case must be approached with a fresh awareness and desire to learn the truth. You deserve a lawyer who will put ego aside and do what needs to be done today. Our legal system can work to help people who have suffered injury and loss. The system is not perfect, but time and again—when a client’s story is properly and completely told by an effective voice of a caring and hard-working lawyer—justice may be done. My clients are people, not files or fees. It is important that I know my clients. Clients need support and guidance when they come looking for a lawyer—not empty promises, delay, and indifference. Clients need compassion, and need to know that they’re being listened to rather than talked at. And while no lawyer can predict the future, clients need to have sufficient information that informs them of what they can expect from our legal system. And, because they come to the Jarrett Johnson Law Firm at a difficult time in their lives, my clients sometimes need support that extends beyond their legal case. I work to help them find appropriate tools to solve personal problems that can arise while they wait for their case to be resolved. I am fortunate to have has success as a trial lawyer in both civil and criminal cases. As a civil trial lawyer, I have obtained significant results for clients in cases involving personal injury, wrongful death, breach of contract, employment discrimination, on-the-job injuries to railroad employees under the Federal Employers Liability Act (FELA), and hospital or nursing home neglect. In civil cases, by both trial and settlement, I have obtained or helped to obtain tens of millions of dollars for my clients. My success as a trial lawyer has also included not-guilty verdicts in cases involving murder, assault, robbery, illegal weapons charges, drug cases, and property crimes. I have tried numerous murder cases, with complex issues including DNA analysis, crime scene reconstruction, misidentification, battered spouse syndrome, battered child syndrome, self-defense, and defense of premises. I have never had a client charged with first-degree murder who has been convicted of that charge at trial. I am also an experienced post-conviction and appellate lawyer, and my work in that arena has resulted in reversals of criminal convictions and the ultimate dismissal of charges. In my career, I have also gained substantial experience representing large industries, such as utility companies, insurance companies, internet service providers, consumer product manufacturers, and small local businesses. This additional experience gives me valuable insight into how personal injury and other civil cases are defended. My cases have allowed me to practice in state and federal courts nationwide, from Idaho to Louisiana. While many of my cases have been filed locally in the Missouri circuit courts of Jackson County (Kansas City and Independence), Clay County (Liberty), Buchanan County (St. Joseph), Ray County (Richmond) and Johnson County (Warrensburg); the Kansas district courts in Johnson County (Olathe) and Wyandotte County (Kansas City); and the United States district courts in Missouri and Kansas. As I mentioned in my introduction page, my dedication and talent as a trial lawyer earned me the honor of receiving the Lon O. Hocker memorial trial Lawyer Award. At the age of 30, I was one of the youngest lawyers in the history of the State of Missouri to receive this award. The Missouri Bar’s website says the following about the honor:

The Lon O. Hocker Award is presented to young lawyers who have demonstrated unusual proficiency in the art of trial advocacy. Fifty years ago, Mary B. Hocker established the Lon O. Hocker awards to memorialize her husband’s faith in our system of law. Lon O. Hocker loved the law and believed the law was the foundation of our freedom. Further, he believed that the courts, and only the courts, could preserve that law, and he believed the trial lawyer was the key to our system of justice. In Mary’s words, Lon O. Hocker recognized the importance of trial lawyers “in seeing that all who came before the courts of justice were given a fair trial regardless of race, color, condition of purse, or religion.” The award is presented annually to three lawyers – one each from the St. Louis, Kansas City and outstate Missouri areas – in recognition of outstanding trial work. Past recipients are among the finest lawyers in the profession. Click here to see a list of past recipients.

I am a former Chair of the Missouri Bar’s Criminal Law Committee, having been appointed to that position by three consecutive Missouri Bar Presidents. As Missouri bar Criminal Law Committee Chair, I played an important role in thwarting the state legislature’s efforts to eliminate depositions in criminal cases as a cost-saving measure that would have deprived numerous innocent Missourians of their right to a fair trial in criminal cases. My reputation as a lawyer has also earned me the “Rising Star” distinction twice by the Missouri-Kansas Super Lawyers magazine, which annually recognizes lawyers in the Kansas City metropolitan area based on peer reviews and a stringent screening process. I have also been an active volunteer with the Kansas City, Missouri Metropolitan Bar Association’s Voice of Justice Program, having given numerous presentations and mock trial demonstrations at local schools to illustrate the value of our justice system, as well as the Ross T. Roberts Inn of Court program—which trains new lawyers in trial advocacy. I have also been a continuing legal education (CLE) presenter at numerous state and locally sponsored programs throughout the State of Missouri. I am a native of Houston, Texas. I moved to Kansas City in 1990 to attend law school after finishing college at Texas A&M University, where I received my Bachelor’s degree in Psychology. In 1993, I earned my law degree (Juris Doctor) from the University of Missouri—Kansas City. I passed the Missouri Bar in 1994. In 2003, my son was diagnosed with autism, a severe disabling condition that has made a pronounced unplanned impact on our lives. This added dimension of my personal life makes me acutely aware that for many people, life does not go as planned. This can be devastating, but from the devastation often comes hope, justice, and peace. If you need a lawyer, your life already has been turned upside down. Hiring a lawyer should ease your mind, not add to your worry and uncertainty. In all cases, my fees are fair and straightforward. There are no surprises. In personal injury cases, I charge a contingency fee—a percentage of the settlement or verdict after case expenses are deducted. In those cases, I pay for all case expenses during the course of my work. Examples of case expenses include filing fees, depositions, expert witness fees, and exhibits for mediation and trial. You will be kept informed of these expenses as they arise and before they are incurred. In other cases, like criminal cases or other legal disputes, I generally charge an hourly fee plus require payment for all necessary case expenses as they arise. In hourly-rate cases, I understand the need for certainty and predictability when paying for a lawyer’s services. Before any agreement is reached between us, you will be presented with a written estimate of legal costs. My fee will be capped at a certain amount based on the amount of time that I reasonably believe it will take to effectively handle the case from beginning to end. You will never pay more than that amount. You then make periodic payments as I spend time on the case. I never charge a non-refundable “retainer,” nor do I charge “flat fees” for cases that are handled quickly. If I resolve a case quickly, you are not charged for time that I don’t work on the case. For personal injury cases, there is no initial consultation fee. In other cases, a small consultation fee may apply. 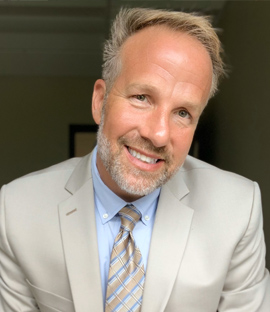